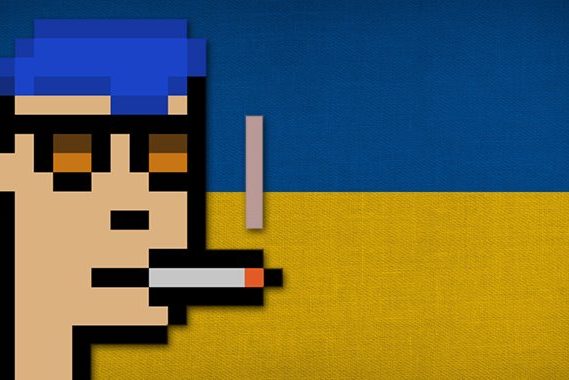 Ukraine’s crypto wallet has officially sold the CryptoPunk NFT which it received back in March as part of the country’s crypto fundraising campaign. The sale of the Punk was announced earlier this week by Alex Bornyakov, the country’s deputy minister of digital transformation, wherein he stated that the Punk in question, no. #5364, was sold for 90 ETH (around $100,000) to an anonymous buyer.

Although $100,000 will certainly aid in Ukraine’s defense against invading Russian forces, the current bearishness of the NFT market has meant that the country has been unable to cash in on the Punk when it was at its most profitable (nor would it have been able to do so any time soon).

In-fact, according to DeepNFTValue, a blog which uses machine learning to estimate prices of rare NFTs,  the Punk was originally worth $233,000 when it was transferred to Ukraine’s crypto wallet back at the start of March (when the price of ETH was sitting at around $2,700), meaning less than half of its expected value has been captured through its recent sale.

Despite the bear market hindering Ukraine’s crypto-oriented profit maximization efforts, the country has still been able to raise more than $135 million via crypto and NFT donations since February, with the highlight of such endeavour being the sale of a single Ukraine flag NFT for $6.75 million.