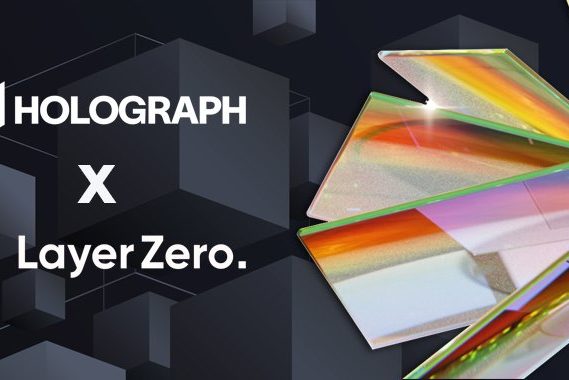 Next generation NFT minting platform, Holograph, has integrated the LayerZero protocol into its services. Essentially, opening up the blockchain to a wide and glorious world of interoperability and omnichain heroics.

The brand new and sleek infrastructure will enable users to ditch the current archaic form of bridging. A process that fundamentally involved creating a copy of an NFT, wrapping it in its own smart contract, then linking it back to the now locked original item. This would result in an unwieldy digital trail that extends farther every time the asset is moved to another location, while also rewriting the smart contract address and token ID during every bridging event.

Through its latest innovation however, Holograph will utilize LayerZero’s lightweight cross-chain messaging service. Thereby, enabling it to beam an NFT to a new chain while maintaining data integrity, which means fewer transactions and retaining the original smart contract address and token ID.

What this means for the wider NFT world then is simplified bridging where wrapping is redundant, with gas fees only payable on a single chain. So, going forwards, anyone can mint an NFT on their desired network, then later move it to the location with the highest amount of activity by utilizing the ‘Holographic’ bridging solution and deploying it where it is most effective.