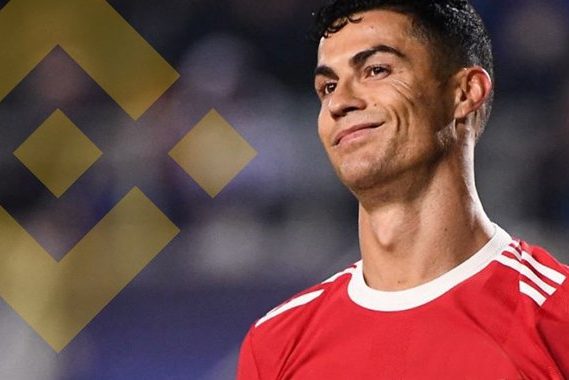 Cristiano Ronaldo, the arguable GOAT of football that has a following of 459 million on Instagram, has inked a multi-year deal with industry leading Web3 platform Binance. The partnership sees Ronaldo (a.k.a.CR7) join a consortium of high-profile football players who’ve also dived into Web3, such as Brazil’s Neymar and English defender Reece James.

Ronaldo’s announcement of the deal came via a tweet which came with the tagline ‘Together we’ll give you the opportunity to own an iconic piece of sports history,’ where in showcasing the Portuguese megastar’s unrivalled appeal, analytics firm Zoomph stated that the tweet generated over 48 million impressions in its first hour of activity.

As part of the deal, multiple collections based on CR7 will launch exclusively on the Binance NFT marketplace, with the first expected to drop sometime later this year. For now, specific deals on each collection have not been revealed, meaning it is unclear as to whether IP from the likes of Nike (his main sponsors), Manchester United (his club), or the Portuguese national team will be included in the digital assets.

The partnership comes just weeks after Binance signed a deal with fellow pop culture influencer The Weeknd, which sees the crypto exchange sponsor the Canadian star’s ‘After Hours Til Dawn’ world tour.