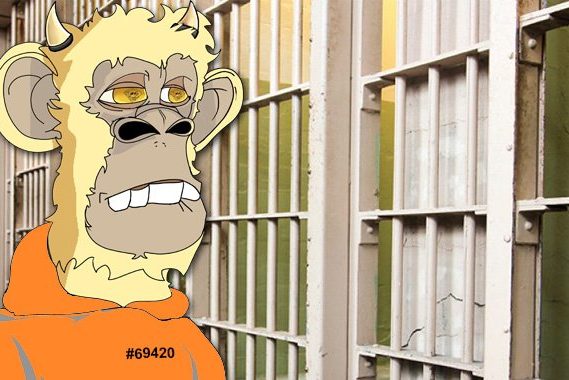 The Department of Justice (DOJ) has announced that it will be filing criminal charges against the creator of the Baller Ape Club NFT collection after they carried out a pre-planned rug pull. The pursuit, which also includes charges to three other undisclosed rug pullers, is the second time a federal prosecutor has gone after an NFT rug pull scheme.

The defendant in the case is Le Anh Traun, a Vietnamese national who is charged with conspiracy to commit wire fraud and conspiring to commit international money laundering. The charges come as Traun allegedly collected $2.6 million from the mint of the Baller Ape NFTs, wherein shortly after they deleted the project’s website and laundered the funds through converting them into different cryptocurrencies and moving them across different blockchains (a practice known as ‘chain-hopping’).

If convicted of the severe charges above, Traun could face up to 40 years in prison. The DOJ’s pursuit of the Baller Ape Club’s founder comes after its investigation into the creators of the Frosties NFT collection back in March. When speaking on such instances of Web3 wrongdoings, U.S. Attorney Tracy L. Wilkison said:

“These cases serve as a crucial reminder that some con artists hide behind trendy buzzwords, but at the end of the day they are simply seeking to separate people from their money. We will continue to work with our law enforcement partners to educate and protect potential investors about both traditional and trendy investments”.

The post Baller Ape Club NFT Founder Could Face Up to 40 Years in Prison appeared first on NFT Plazas.